We use cookies on our website. They help us get to know you a little and how you use our website. This helps us provide a more valuable and tailored experience for you and others.

You can revoke cookies at anytime at the bottom of the page.

Skip to Content
Browse categories
In The News Press Releases 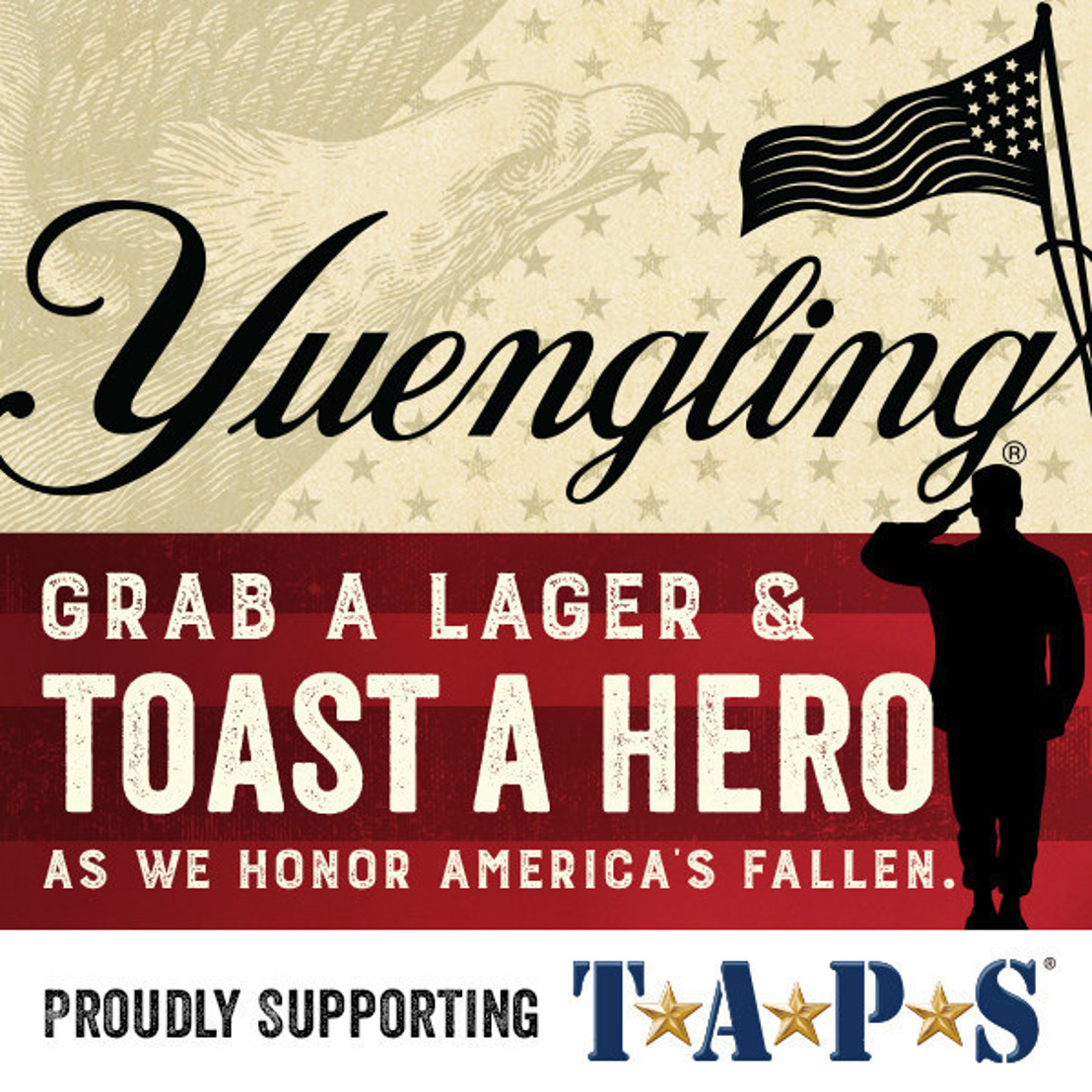 "As America's Oldest Brewery, we are committed to giving back to the community and enriching the lives of our nation's heroes and their families," said Jennifer Yuengling, Vice President of Operations and 6th Generation Brewer, D.G. Yuengling & Son, Inc. "Through the Inner Warrior Program and TAPS empowerment programs, we are proud to work alongside TAPS to provide survivors with the practical tools and resources to empower them to create a plan for healing and growth after losing a military family member."

In recognition of this partnership, Yuengling will present $50,000 to TAPS for their ongoing support for the families of America's fallen heroes. In the weeks preceding Memorial Day, consumers are invited to join Yuengling by "Grabbing a Lager & Toasting a Hero." Additionally, Yuengling will donate a portion of the proceeds from the sales of Heroes Collection merchandise purchased in May on Yuengling.com and in its brewery gift shop. Donations can also be made directly to TAPS by texting "TAPS" to 24700 or TAPS.org/Donate.

"25 years ago, TAPS began the journey of hope and healing with a steadfast commitment to providing grieving military families with compassionate care and resources," said TAPS Founder and President Bonnie Carroll, a 2015 Presidential Medal of Freedom recipient. "Yuengling shares this commitment to our TAPS Families and have generously supported our programs that help military survivors reclaim their identity and power after loss to move forward with joy, gratitude, courage and resilience.

In its fourth year, Yuengling's Lagers for Heroes program runs year-round and enables the brewery to advance programs from charitable partners in an effort to support veterans and their families. Learn more at www.lagersforheroes.com.

About TAPS The Tragedy Assistance Program for Survivors (TAPS) is the leading national nonprofit organization providing compassionate care and survivor support services for the families of America's fallen military heroes. Since 1994, TAPS has offered support to more than 85,000 survivors of fallen military in the form of peer-based emotional support, grief and trauma resources, grief seminars and retreats for adults, Good Grief Camps for children, casework assistance, connections to community-based care, online and in-person support groups and a 24/7 resource and information helpline for all who have been affected by a death in the Armed Forces. Services are provided free of charge. For more information go to www.taps.org or call the toll-free TAPS resource and information helpline at 1.800.959.TAPS (8277).